Kotagede is a neat little town which was once the seat of  the Mighty Mataram  Empire.

Some people say the word ‘Kotagede’ comes from the label of the biggest city in the last decade and it refers to ‘Sargede’, the central market in the middle of city.  As a joke people also say that Kotagede comes from ‘Kotane Penggede’ (the city where rich and powerful people lived).  Perhaps it’s true, because during the last decade, Kotagede was a capital city in the South.  In Yogyakarta, people refer to it as  Kotagede rather than Mentawisan.

Travelling to Kotagede is fun , the roads are only 2.5 meters wide so only small cars can pass through, along  with many bicycles or hansoms.  The alleyway of Kotagede’s kampung is even more narrow at approximately 1 – 1.5 meters wide. There is room for just one person to be able to walk and a motor cycle or bicycle to pass through the alley.   Along the road you will see old facades on the buildings most of which were built in 1930, but inside of the kampung, if you lucky, you will see some ‘pendopo’ which are traditional Javanese buildings made from big old teakwood which were built in 1700.

Tris trip will trace Kotagede as the old city of Yogyakarta or where Yogyakarta began and the glorious root of  Mataram Kingdom .

Featuring  the  houses in Kotagede  which  are  like an experiment where many different architectural styles have been established.  West of the city you can see Kalang Palace, the large and beautiful former home of Kalang Nobles, a family of silver craftsmanship and merchants who made jewels for the King.  Today, Kalang Palace is a place where people buy and sell silver jewellery.  Kotagede has hundreds of silver shops along the streets as the silver craft tradition has existed for centuries, along with the Islamic tradition.

Find the heritage building of Mataram Islam, which was built with red bricks and looks strong and peaceful.  Inside the complex stands the first mosque in Kotagede, named Besar Mosque.  It is believed the mosque was built by Sultan Agung with the help of Buddhists and Hindus who lived in the area surrounding the complex, so you can see both Hindu and Buddhist details in the architecture.  In the yard, there is a big old banyan and it’s very relaxing sitting under the tree.  If you are lucky, you will see a masseur there! South of the mosque there is an ancient sacred graveyard for the ancestors and on particular nights, people come to the graveyard to pray.  Everybody can enter the graveyard but they must wear Javanese clothes for praying. 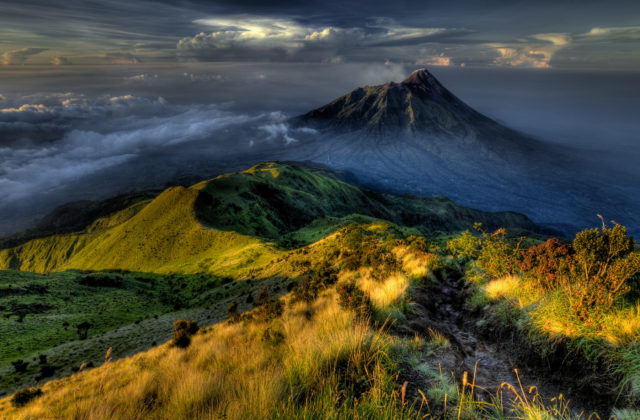 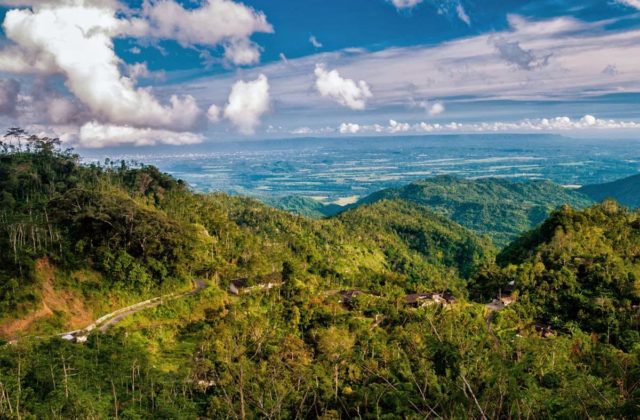 Borobudur from the Peak of Suroloyo 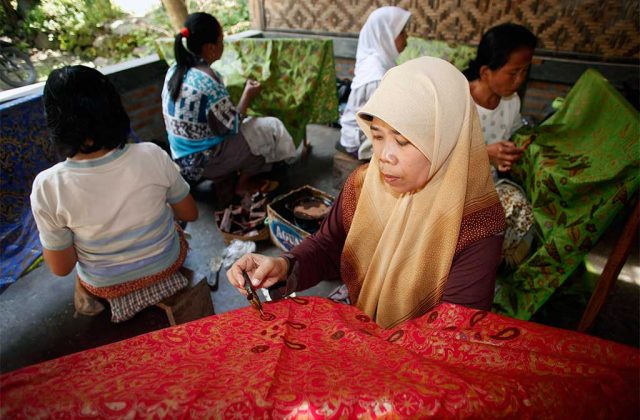